History of Orthodox Church of Pakistan 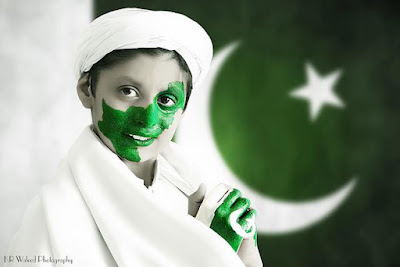 Pakistan was formed after undivided India gained independence from the British in 1947. Hinduism had been the main religion since ancient times and the Muslims felt threatened and isolated due to discrimination. Mohammed Ali Jinnah who was a leader of the Muslim League along with Sir Alama Iqbal dreamt of the state of Pakistan which would be a safe haven for Muslims and where the Muslims could live with pride and self-respect and practice their religion with no fear or discrimination. Qaid-e-Aazam (The leader) Mohammed Ali Jinnah who became the father of the nation dreamt and formed a Pakistan free of religious discrimination where all religions could dwell in harmony and brotherly love. However in 1956 Pakistan adopted a new constitution and hence became the Islamic Republic of Pakistan. Today Pakistan is the second largest Muslim country in the world second to Indonesia. It practices the Islamic Sharia law which includes laws of blasphemy and laws against proselytizing. Christians in Pakistan are the largest minority being about 3.7% of the total population. Since ancient times in undivided India, people were mainly Hindus and later many of them became Muslims after the Islamic conquests. The present Christians are converts form Hinduism and Islam. They are 50% Catholics and 50% Protestant Christians. There has been a considerable drop in Christians attending churches for various reasons.
St. Michael the Archangel Orthodox Mission 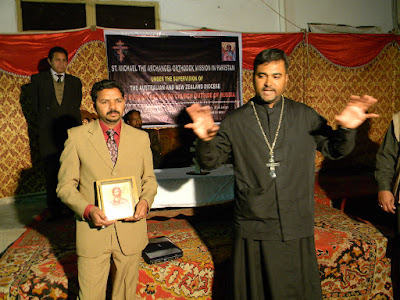 The Mission in Pakistan came into existence after great efforts of Cyril Amer Shahzad, a former seminarian, read about Orthodoxy and began his search. The Holy Spirit moved his heart and he started his communication with various Orthodox bodies. In the meanwhile he continued his home study and established a study center for parting Orthodox information and preaching Orthodoxy in his hometown of Sargodha in the state of Punjab. His search led him to the Russian Orthodox Church and His Eminence Metropolitan Hilarion, Metropolitan of New York and Eastern America and ruling Archbishop of Sydney, Australia and New Zealand, directed the Indian born Australian Russian Orthodox priest the Reverend Adrian Augustus Rector of St Michael the Archangel Church in Blacktown to serve Pakistan under his spiritual direction. With months of discussion and planning and after crossing many hurdles,  Fr. an arrived in the city of Sargodha. There were a few altercations with the local police who feared for Fr. Adrian's safety in the area. 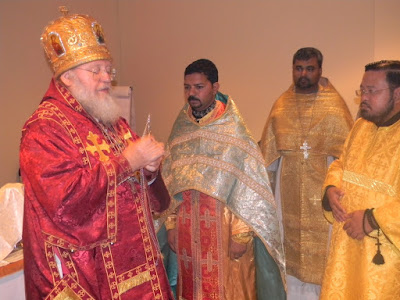 Fr. Adrian was warmly welcomed in Sargodha and admired the turnout of the people as to how patiently they waited for over 6 hours due to delays. Fr. Adrian preached and spoke for about two and a half hours under the watchful eyes of the authorities. People had traveled from far off villages and neighboring cities. Many people had arrived to listen to the Fr. Adrian's sermon. Inspired by the truth and beauty in Orthodoxy and the Russian Church they asked to be received into the Orthodox Church. A total of 174 people received were received into the Russian Orthodox Church and St Michael the Archangel Orthodox Mission was born. His Eminence Vladyka Hilarion was immensely pleased with the results in Pakistan and maintained constant contact with Fr. Adrian. He formally blessed the formation of the Mission under the canonical protection of the Australian and New Zealand Diocese of ROCOR. Cyril Amer Shazad has been appointed Director in a lay capacity and Fr. Adrian Augustus as Spiritual Director. The mission now has two priests,
First Hierarch of the ROCOR ordained clergy for Pakistan in January 2013 in Sri Lanka, as Pakistani citizens were unable to travel to Australia due to extreme shortage of funds and visa issue. Fr. Cyril and St Michael the Archangel Mission, is tirelessly working all over Pakistan. Various parishes under the umbrella of St Michael which namely are, St. Sergious Orthodox 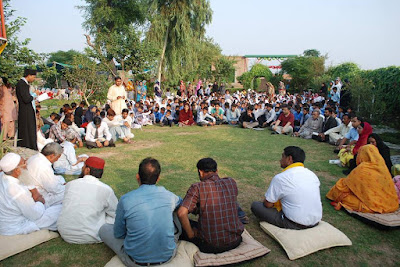 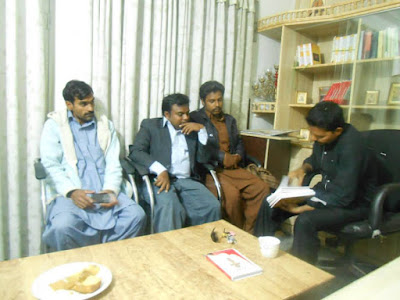 Fr. Cyril believes in passive evangelization and example. He is working for the up-liftmen of poor Pakistanis especially Pakistani children, especially those who are involved in human trafficking. He hopes to rescue them, house them, teach them a trade and help them become responsible citizens of Pakistan. 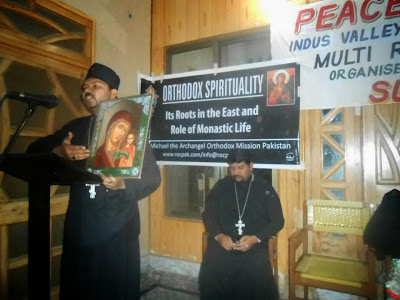 The situation of Christians in Pakistan is one that is under constant threat due to discriminatory laws and the mission is involved in passive evangelization. The target is to build a school, which will include an orphanage and a chapel in Sargodha and Bhalwal, to pay salaries of the priests and help unfortunate Christians and also Muslims who live well below the poverty line in Pakistan. Through acts of Christian love and charity, we hope to house, educate and nurture the unfortunate children in Pakistan, especially those who are victims of Terrorism.